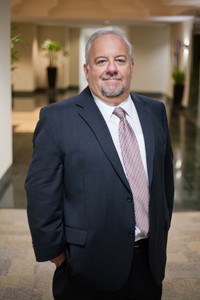 In addition, Mr. Astarita has extensive experience in the representation of Internet based businesses, including content providers, online trading platforms and podcast promoters and sponsors.

After graduating law school in 1981 Mr. Astarita joined a boutique securities litigation firm on Wall Street, representing national and regional brokerage firms, as well as publicly traded companies and individuals, in a variety of matters, including SEC, FINRA, stock exchange, and state regulatory investigations, federal and state lawsuits, administrative actions, and arbitrations. In 2000 he formed a new firm with a white-collar criminal attorney, and in 2013 he joined Sallah Astarita & Cox, LLC. He has successfully handled matters in state and federal courts, arbitrations and regulatory enforcement proceedings in 23 states, including over 600 arbitrations, during his career.

During his career, Mr. Astarita has represented over 60 brokerage firms and hundreds of financial professionals in their regulatory, litigation and employment issues. Mr. Astarita’s experience and knowledge of this highly specialized area of employment law enables him to provide guidance and assistance, to firms as well as professionals, in the negotiation of compensation packages and upfront loans, as well as severance agreements, promissory note settlements and restructuring, and non-compete waivers. Mr. Astarita has negotiated broker compensation agreements for individuals with every major Wall Street firm.

Mr. Astarita’s reputation as a securities lawyer is recognized among his peers and the media. He has been an AV rated attorney every year for the last 25 years. Various media sources have relied upon Mr. Astarita for commentary on issues relating to the securities laws and online legal issues, and he has been quoted in a number of publications, including the Wall Street Journal, The New York Times, Fortune Magazine, Forbes Magazine, The Los Angeles Times, The New York Law Journal, Ticker Magazine, Research Magazine, Registered Representative, On Wall Street, InvestmentNews.com, The Recorder, Legal Times, the New Jersey Star Ledger, the Internet Compliance Reporter, Investment Dealers’ Digest, Compliance Reporter, Financial NetNews, Securities Industry Daily, the Bergen Record and the New York Post.

In July, 1995, Mr. Astarita created the The Securities Law Home Page, now known simply as SECLaw.com, the Internet site for information regarding United States securities and commodities law, including corporate finance, public offerings, stock broker regulation, securities arbitration and related topics. The site, which has been rated one of the Top 10 law firm web sites available on the Internet, and one of the top securities law blogs, is consistently rated “Best of the Web”. The site contains original articles and commentary of interest to participants in the United States financial markets, as well as attorneys and educators. The site receives over 6,000 unique visitors a month, making it one of the most popular legal topic sites in the world. Its monthly newsletter has over 4,000 opt-in subscribers.

Mr. Astarita is admitted to practice law in New York and New Jersey. He is also admitted to practice before the United States Supreme Court, the Second Circuit Court of Appeals, the Third Circuit Court of Appeals, as well as all of the federal district courts in New York and New Jersey. In SEC and FINRA matters, an attorney is not required to be admitted in the jurisdiction where the case takes place, or where the parties reside.