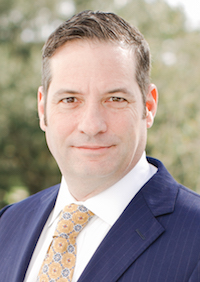 Joshua A. Katz practices in the areas of Securities Arbitration and Litigation, Complex Commercial Litigation, Securities Regulation and Enforcement, Receivership Litigation, and Broker-Dealer Compliance and Defense.

Since 2004, Mr. Katz has focused his practice in the area of broker-dealer arbitration before FINRA, or the Financial Industry Regulatory Authority, formerly known as the NASD or National Association of Securities Dealers. Mr. Katz has extensive experience representing public investors, brokers, and broker-dealers in arbitrations involving:

Prior to joining Sallah Astarita & Cox, Mr. Katz was an associate for the law firm of Klein & Sallah, LLC. He has advised and represented brokerage firms in proceedings related to non-solicitation agreements, promissory notes, and misappropriation of trade secrets. In addition to securities-related arbitrations, Mr. Katz has prosecuted and defended numerous commercial and securities-related cases in federal and state courts, including claims under Article 8 of the Uniform Commercial Code and for conversion, breach of fiduciary duty, and fraud.

Mr. Katz began developing his securities law experience before graduating from law school. During the summers of 2002 and 2003 and the spring of 2004, he worked for the United States Securities and Exchange Commission ("SEC") as a Certified Legal Intern.

Before law school, Mr. Katz was a Ph.D. candidate in modern French and German history, a Hurst Scholar and Teaching Fellow at American University in Washington, D.C. Mr. Katz attended the College of William and Mary and received his Bachelor's and Master's degrees from Virginia Commonwealth University, where he became a member of Phi Kappa Phi Honor Society.