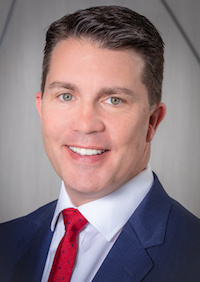 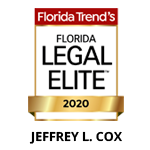 Before becoming a founding partner, Mr. Cox served as a federal prosecutor (Assistant United States Attorney), a Senior Counsel for the SEC's Division of Enforcement, and as a Special Assistant United States Attorney for the SEC responsible for prosecuting SEC cases. As a federal prosecutor, Mr. Cox was responsible for leading complex investigations and prosecutions involving white collar criminal offenses such as securities fraud, money laundering, tax evasion, and mail, wire, and bank fraud, among others. While at the SEC, Mr. Cox investigated and litigated civil enforcement and administrative proceedings involving violations of the federal securities laws, including insider trading, corporate and offering fraud, and market manipulation.

With trial experience in both civil and criminal matters, Mr. Cox has represented individuals and entities nationwide in investigations and/or proceedings involving the DOJ, SEC, FINRA, CFTC, FTC, Congressional subcommittees, and various states. Mr. Cox has also has been involved in numerous receivership actions and served as the lead counsel to a Court-appointed Receiver in connection with an $80 million Ponzi scheme. He represents investors and professionals in complex civil actions. Since entering private practice, he has been recognized by his peers with an AV Preeminent® rating through Martindale-Hubbell, in Florida Trend’s Florida Legal Elite, in South Florida Legal Guide, and as a Florida Super Lawyer. Mr. Cox teaches White Collar Crime at FIU Law School.

During law school, Mr. Cox served as the Editor in Chief of the Nova Law Review, received the West Group Outstanding Scholastic Achievement Award, and the Book Award in Trial Advocacy.

BAR MEMBERSHIPS AND JURISDICTIONS ADMITTED TO PRACTICECOMMUNITY SERVICE AND LEADERSHIP

As a Rotarian, Mr. Cox has a passion for community service. He has previously served on the Club's Board of Directors and as the Chairperson for its Service Committee. The Rotary Foundation of Rotary International has also named Mr. Cox as a Paul Harris Fellow.